Why do I see a subscription charge after I have uninstalled the app?

Question: I have uninstalled the app and yet I see a charge for the app on my Shopify invoice. What's going on?

Answer: The charge that you see on your invoice is from before you uninstalled the app.

For example, let's say you signed up for the app on July 16 but then on August 30 you uninstall the app. A few days later on September 5, you see a charge for the app on your invoice. 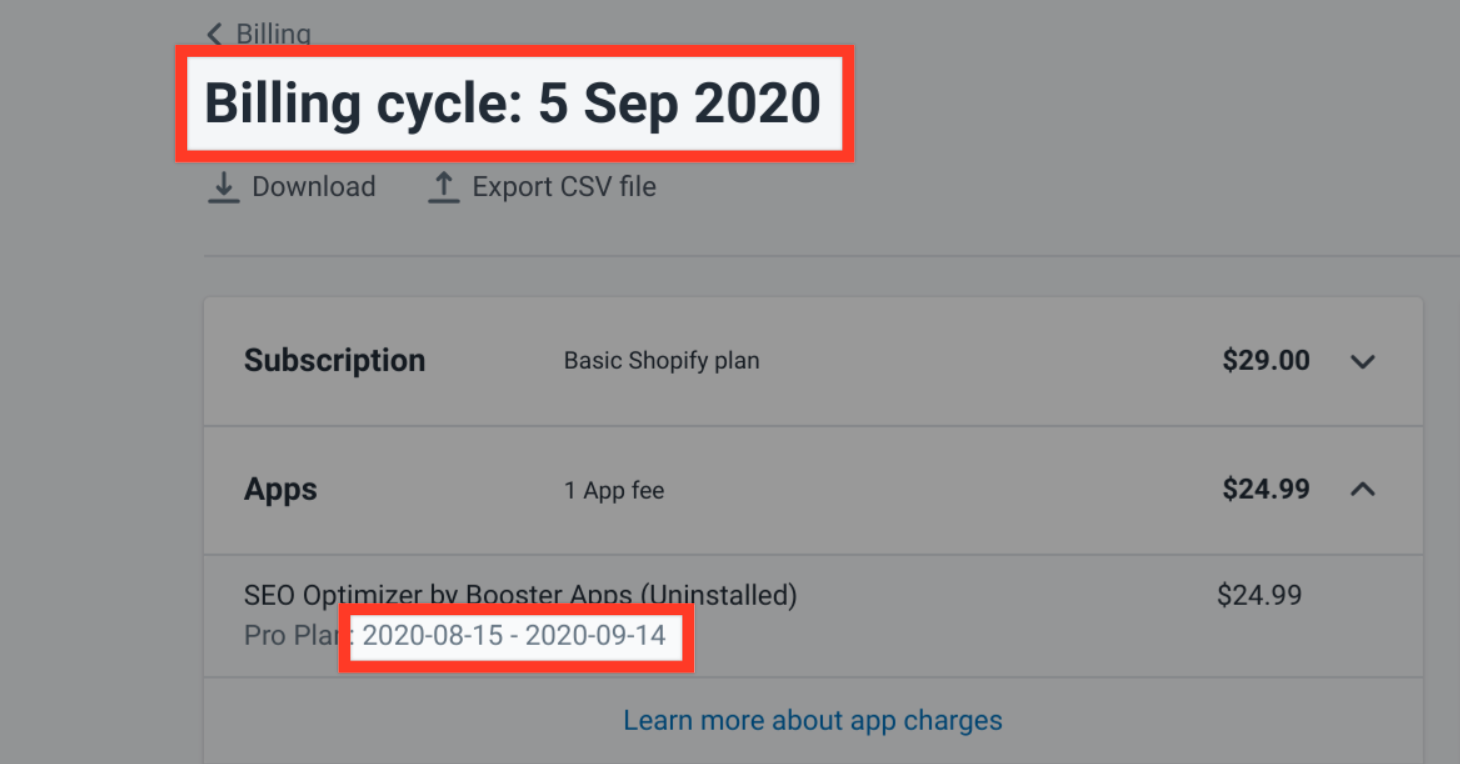 July 16: You are charged for your first month, July 16 to August 15. (All monthly subscriptions in Shopify are 30 days each, so they seem short by one day if the month has 31 days.)

August 6: You receive your monthly invoice from Shopify. On the invoice you see the first charge for the app.

August 15: You are charged for your second month, August 15 to September 14.

August 30: You uninstall the app.

September 5: Your Shopify invoice arrives and you see the second charge for the app. This is not a mistake; it is simply because app charges appear on your invoice days or weeks after the app's subscription renewal date. You can see this in the dates under the app charge in your invoice (highlighted in the screenshot above).

Now you may be wondering, Why am I paying for a full month if I uninstalled the app halfway through my last month?

A reasonable question! Please get in touch with us (via the Contact Us button below) to let us know that you did not use your last subscription month in its entirety, and we'll be happy to refund you for the leftover days! 😊 (Shopify handles app subscriptions, so unfortunately it is out of our power to make these refunds happen automatically.)